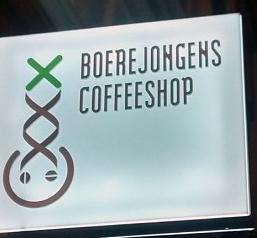 This is a review about the hashish in the boerejongens coffeeshop in Amsterdam. I was focusing my research about a good hashish to smoke, I did not mind about how strong it supposed to be, all my concerns were about the taste and many people around are talking good about this coffeeshop so even tho isn’t one of my favourite I decided to give it another try.

So there I went and the moment I join I realized it changed quite much since I went there last time… nowadays every dealer is dressing white like a doctor and the monitor is on a screen which isn’t showing anything until I ask to the dealer about hash and finally I get on the screen the hash menu. First thing pop up in my mind is “everything is called “block” here…and it doesn’t sound attractive to me at all”. Anyway I ask to smell some white choco block and it smelt kind of nice for 8,50 euros per gram so I decided to purchase a gram. Here is a picture 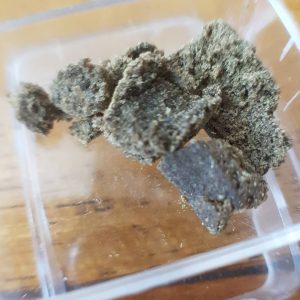 I didn’t have any joint yet when I went to roll this one I was really happy to finally have my coffee and joint, which is my ritual to start a day so that’s why I am so freak about a good taste 🙂 Anyway I roll it up with my usual setting for a good hash test: 0,3g of hash with 0,40g of tobacco… So time to smoke it… a sip of coffee, a couple of puff and I had sadly to realize it is not what I was looking for. The hash I like is smoking slowly for how oily it is, its taste get totally over the tobacco and any puff is like “opening the lungs” like eucalyptus because the taste is so fresh and aromatic.

In this case with the white choco block it smells really nicer when you don’t smoke it. Is like a good way to give a nice smell to my house but inhaling it isn’t giving the same feeling. Is really light smoke for my standard. not so powerful taste and not so strong effect. Is true that for how the prices are in Amsterdam is a sort of decent smoke but if you can afford to pay 0,50 cents more per gram (so 9 euros) you can go to 1 Hulp Coffeeshop and purchase some of their Amnesia hash which is definitely more tasty and enjoyable.

Anyway I decided to try also something else to get out a good hash test from the boerejongens coffeeshop. Looking their menu I noticed wasn’t worth to spend like 12 euros for some Tbizla which supposed to be just a good kind of normal hash coming from morocco. So I tried their Magic Green for 10 euros per gram which was looking like this: 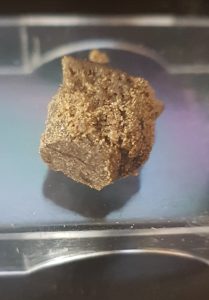 Isn’t looking bad and when is in your hands also smell kind of nice but when you go to smoke it… is not so good. The white choco block cost less and is better for my taste, this one I did not enjoy the smoke at all and for the price it really sucks so that’s why I think I will never come back to the boerejongens coffeeshop to buy some hash. Maybe their weed is better but for now I will just walk somewhere else to buy my smoke.